Day 1 ended with dinner at a Yamato, my preferred Japanese restaurant in the city. Curitiba has a very large Japanese community, and lots of Japanese restaurants. Yamato, however, is the only one were you will stumble upon senior Japanese people, probably first or second generation immigrants, what I guess says something about its authenticity. 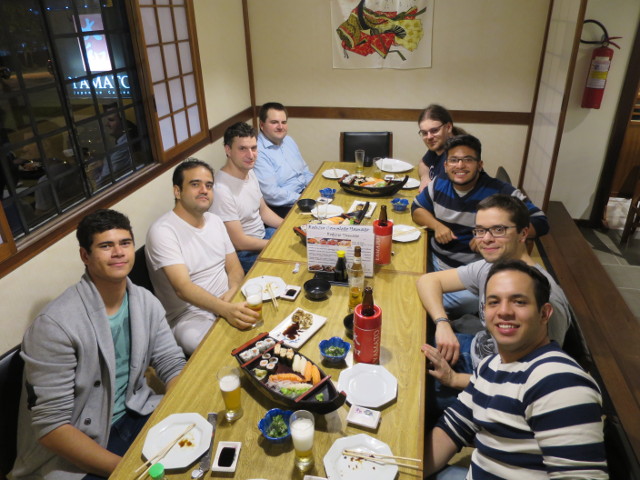 Right after breaking for lunch, but before actually going out, we made what so far is official group photo (I might try again as the shot was not a really good one). 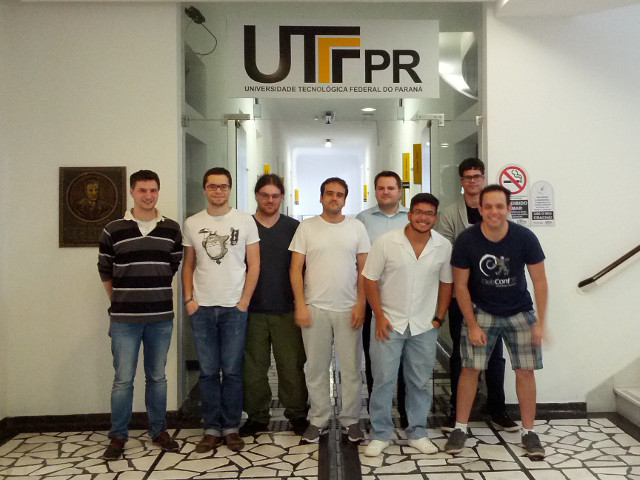 Of course the most interesting part was the actual work that was done, and day 2 list is not less impressive than the day before:

On Monday Cédric told us that he and Sebastien had brought a bottle of French wine and some smelly French cheeses, and suggested that in the best Debian tradition we should have a Mini Cheese and Wine Party™. Sure thing! Luckily there is a farmer’s market 2 blocks from home on Tuesdays mornings, where I usually buy my fruits, vegetables, and cheese & friends, so the timing was perfect. I went shopping early in the morning, and bought a few things, and was back before it was the time to go to UTFPR. After the day-long hacking session we stopped by another store nearby to buy a few extra bottles of wine and other snacks.

At night, in my place, I ended up playing cheese master. 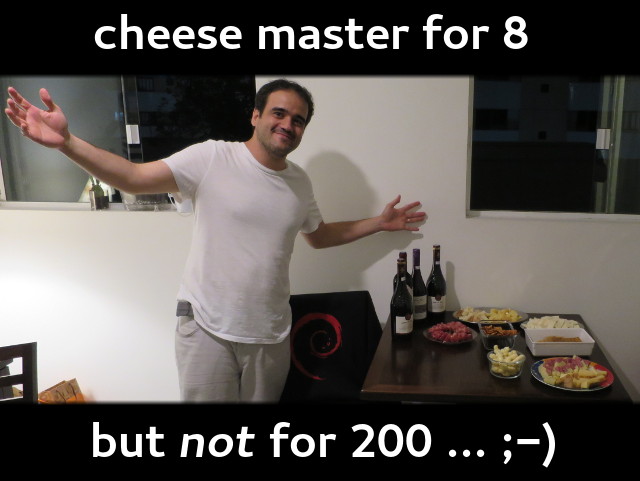 There was enough food that at the end we were all very full. 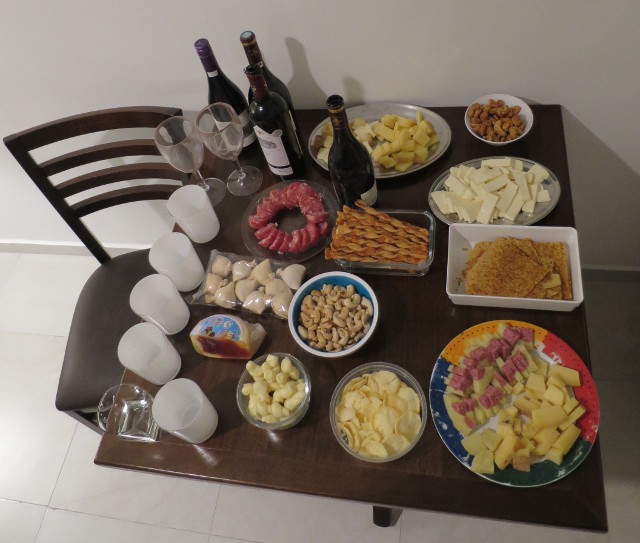 And with the spokesperson task of the day done, off to hacking I am!